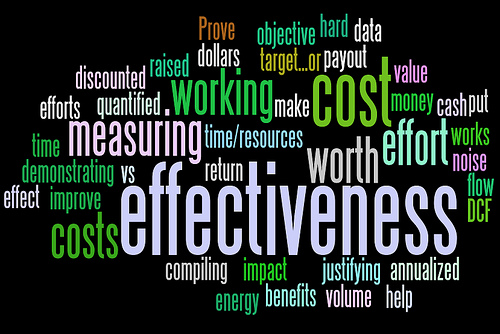 Software and service providers have been dancing around the issues presented by Facebook, Twitter, and other social media for some time now. That time is ending. The explosive growth of Facebook alone is forcing that sector to sit up and take notice.

Measuring social media influence and integrating the data with other online efforts is a new and far from perfected field. The demand for hard numbers in the business community is irrefutable. Being able to calculate Return on Investment (ROI) is a priority in the eyes of most businesses, which is hard to do since we are still in the early days of developing metrics.

Now Adobe is jumping into the analytics fray. The company most known for Photoshop and Flash is making claims of a social media ROI breakthrough based on its new analytics system. SocialAnalytics is currently in Beta testing and slated for release in the third quarter of this year.

Here is the opening statement from the company press release posted on Business Wire:

‘The social Web is the largest focus group on the planet and marketers are striving to figure out how best to listen and participate,’ said Brad Rencher, vice president and general manager, Omniture Business Unit, Adobe. ‘What marketers have been missing is a solution that helps them identify the most relevant voices and activities, tie social activity to brand and business impact and then take action to optimize that impact. Adobe SocialAnalytics can inform how a company participates on the social Web, removing guesswork and replacing it with strategies or experimentation built on insight.’

Five key elements of SocialAnalytics will be:

With these metrics consolidated and in hand, Adobe asserts, demonstration of ROI will be an easy thing. Combined with website analytics and other measurements, a much more comprehensive marketing picture can emerge. Needless to say, a lot of people perked up at the Adobe announcement, including me.

Neil Davey of My Customer.com brings us some comments from Adobe on just how widespread the problem with ROI is within the social media sphere:

‘Econsultancy figures suggest that 42% of people don’t know the ROI figure for their social media spend, but I think that is a dramatic underestimation and that most people don’t know the ROI figure,’ says Neil Morgan, senior director for enterprise marketing EMEA at Adobe Systems. ‘There is an industry springing up, just as there has been around the traditional web, trying to measure the impact of social. But so far that has been fairly limited.’

Adobe is certainly looking to get a foot in the door of this new industry. According to its spokespeople, SocialAnalytics will track over 40 different social networks. It will gather and track positive, neutral, or negative online sentiments.

While you’re waiting for the third quarter release, other companies are also exploring the arena of social analytics. As a matter of fact, HootSuite (the dashboard I use for a lot of my work) has just debuted its own extensive array of integrated analytics.

It looks like analytics will be the theme of 2011. I expect that many more companies will debut their own competing social measurement packages between now and the end of the year.

What do you currently use to measure your online efforts?  How do you integrate that into your ROI calculations? And, lastly, what would you most like to see from this new generation of measurement tools?