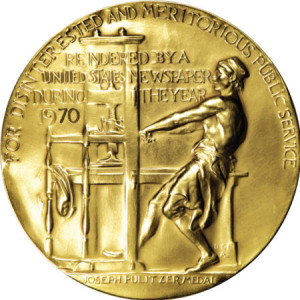 Below is a roundup of recent media news:

*** AllVoices, a citizen journalism website that we’ve profiled on this blog, recently announced plans for expansion. The two-year-old start-up is launching news desks in 30 cities around the world, including Baghdad, Beijing, Islamabad, London, Nairobi, and Shanghai. Professional and citizen journalists will work together to provide in-country news reports.

***ProPublica is an independent, non-profit, investigative newsroom that publishes online and in partnership with print publications. A series written by Sheri Fink and published on the site was awarded a 2010 Pulitzer Prize for Investigative Reporting this week. Fink’s reports spanned two years, and dealt with the aftermath of Hurricane Katrina at Memorial Medical Center in New Orleans. A 13,000-word article based on her multiple reports, entitled “The Deadly Choices at Memorial,” appeared in The New York Times magazine on the fourth anniversary of Katrina.

The article had immediate impact. The New Orleans coroner launched a new investigation of the death of Jannie Burgess, the patient of [Dr. Ewing] Cook’s who was given the morphine. Days later, the article went to members of an Institute of Medicine panel who were crafting national guidelines on how to deal with shortages of life-saving equipment in case of a major medical emergency, like a 1918-style flu pandemic. The resulting IOM report, which was widely distributed to local, state and federal officials, included recommendations directly influenced by the article.

This marks the first time that an online news service has won the top journalism award. “This is something we’re going to see more of in the years ahead as there’s more and more collaboration of news entities when it comes to enterprise journalism,” Sig Gissler, administrator of the prizes, said while announcing the winners.

***On the “oh-my-gosh, finally!” tip, online news outlets are reconsidering their decision to allow anonymous comments from readers. Publications such as The Washington Post, The New York Times, and The Huffington Post are making changes that require users to register before posting comments and that give readers who use their real names more prominence in the comments section.

“Anonymity is just the way things are done. It’s an accepted part of the Internet, but there’s no question that people hide behind anonymity to make vile or controversial comments,” said Arianna Huffington, a founder of The Huffington Post. “I feel that this is almost like an education process. As the rules of the road are changing and the Internet is growing up, the trend is away from anonymity.”

The Wall Street Journal already has a feature that allows readers to filter out comments from non-subscribers, assuming that the more serious conversation will come from people who are paying to read the content.